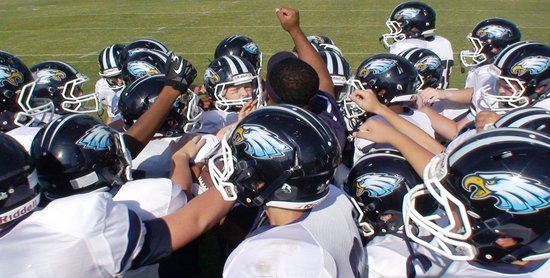 The Impact of Sports on Middle School Students

There are more after school activity options than ever before for middle school students, including clubs, tutoring and sports participation. If your middle schooler participates in sports, you must consider the potential benefits as well as the risk of injury and the demands on the time and energy of young athletes. The good news is that participation in sports has many benefits for young adolescents, both on and off the playing field.

Participation in sports requires middle school students to work as a team and be persistent in order to succeed. It also gives students access to positive role models, such as coaches and older players who can set positive examples. Middle school students tend to be sensitive to criticism, self-conscious, loyal to peers and more motivated by social factors than by academic concerns. As a result, they benefit from sports programs that foster team work and skill-building through "no-cut" policies rather than highly competitive programs similar to those found at high school and adult levels.

Sports participation can improve motor skills and fitness in adolescents, who grow rapidly and might be physically awkward as a result. The National Centers for Disease Control and Prevention (CDC) recommend that adolescents engage in moderate physical activity, such as 30 minutes of jogging, or shorter, more intense bursts of activity to promote healthy joints, bones and muscles and to control weight. The CDC also notes that more intense and frequent activity can be even more beneficial, although excessive activity can result in injuries or weakened bones.

Sports also help adolescents to develop lifelong habits of physical activity that will benefit them throughout their lives. The long-term effects of inadequate physical activity can include obesity, diabetes and high blood pressure, so it is important that middle schoolers build active habits instead of spending their free time watching television, playing video games or using a computer. According to the United States Department of Health and Human Services, youth sports participation also reduces the likelihood that teens will eventually drop out of school and increases their chances of attending college.